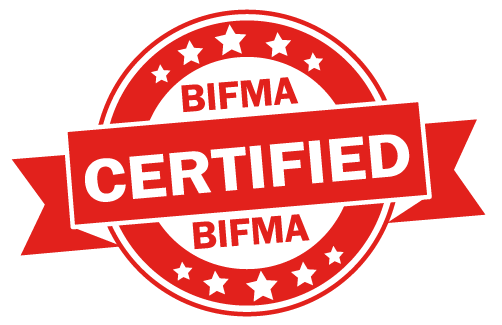 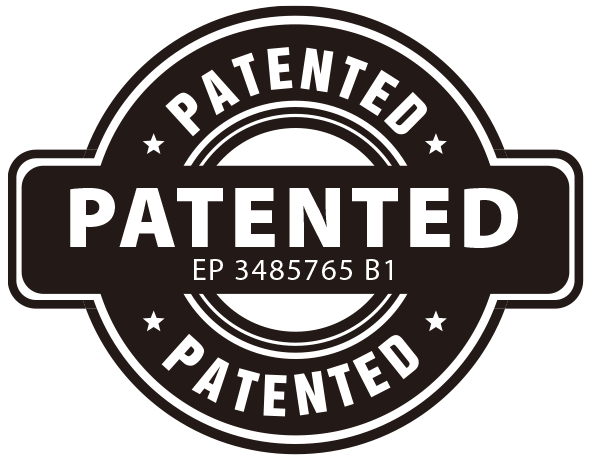 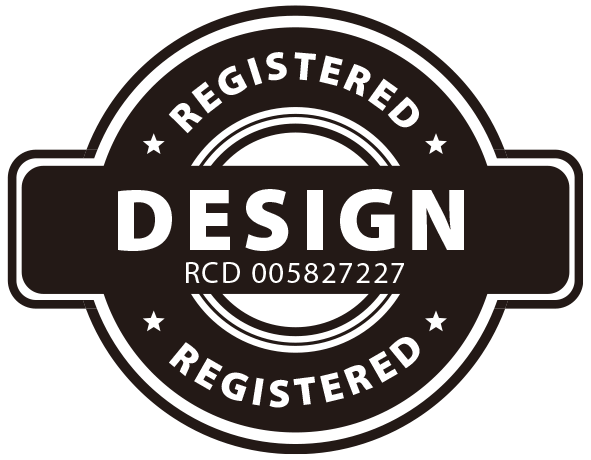 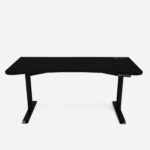 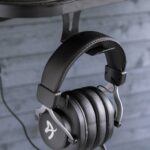 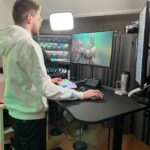 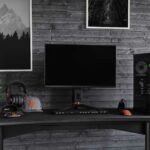 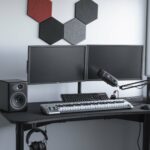 The Arena Moto is the Motorized version or the original Arena, rated one of the top gaming style desks on the market like ‘Best Dedicated Gaming Computer Desk’ by IGN.com.

Guarantee with no doubt!

Deliver to most of Europe

Guarantee with no doubt!

Deliver to most of Europe

With the simple push of a button, you can now adjust the height of the Arena desk. Whether you want to work sitting down or standing up, the mechanical Arena is the one for you. With the new electrical addition you’ll get a desk that is modern, durable and easy to manage.

Just like before, the Arena provides ample room for a variety of office tasks. With this top-of-the-line height adjustable desk, you’ll easily achieve the perfect sit/stand balance throughout your gaming or work sessions.

Studies suggest that alternating from sitting to standing can provide multiple health benefits and boost productivity. Get one today and start enjoying various health benefits by standing more and sitting less.

The entire surface of the Arena Moto desk is covered with an interchangeable microfiber mousepad on top of a tough MDF board. The mousepad is specially designed to custom fit the curved 14 sq. ft. (1.31 sq. meters) Arena Moto desk with an anti-slip rubber bottom to ensure that it stays in place.

The full-surface mousepad is also water resistant, making clean up easy and simple. If you wish to have a more thorough cleaning, just throw in your machine washer at a low temperature & air dry afterwards.

The Arena Moto has 3 cut-outs on top of the surface that lead to a mesh basket that tightly held against the underside of the desk for cable management. This system is easier to manage, out of the way, and looks great.

The 3 cutouts in the mousepad & MDF board aren’t only for cable management, but also to attach monitors and is spacious enough to hold 2 large-sized monitors. 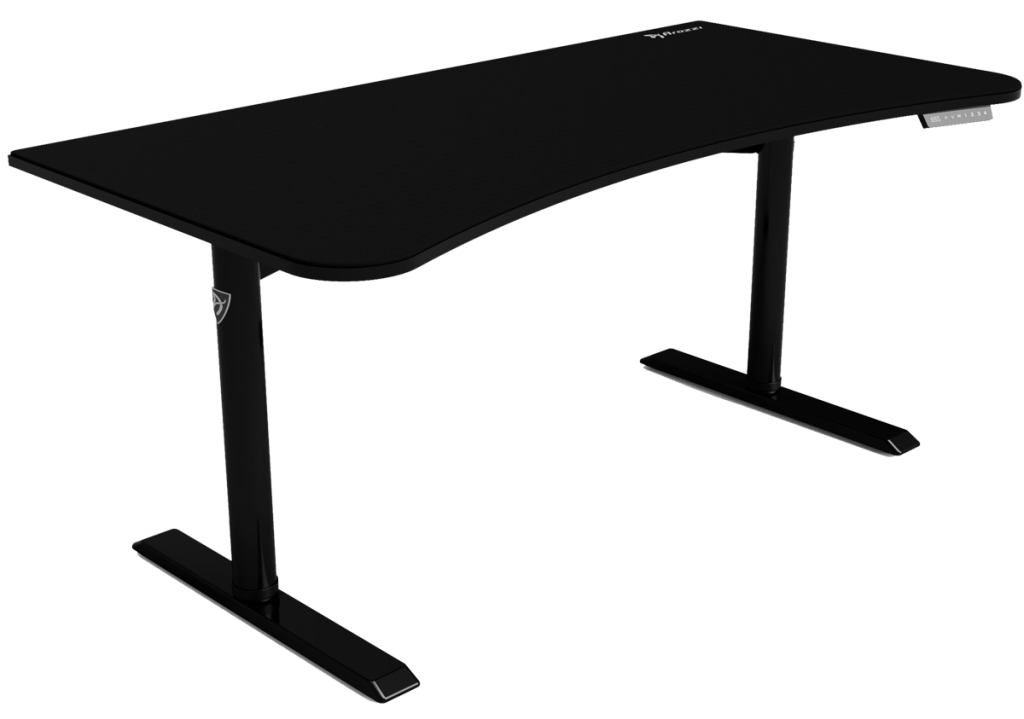 With the 4 numbered buttons on the display, you can save the different heights you wish the desks to be set to. Holding down that button will raise or lower the desk to that exact height.

The double motors of the desk enable higher lift capacities while simultaneously being the faster, more sturdy option. It’s also more pleasing visually due to the motor placement in the legs and the sleek look of the frame because of it.

To address any form of instability due to the possible height of the desk, a crossbar has been added between the top of the two legs. This is not found in most mechanical desks, but since a gaming setup in a lot of cases has heavier objects on top of it. It is essential for a stable and reliable gaming experience.

A headset hanger is included with the Arena Moto. It can be attached underneath the desk on the right or left side depending on where the display is placed 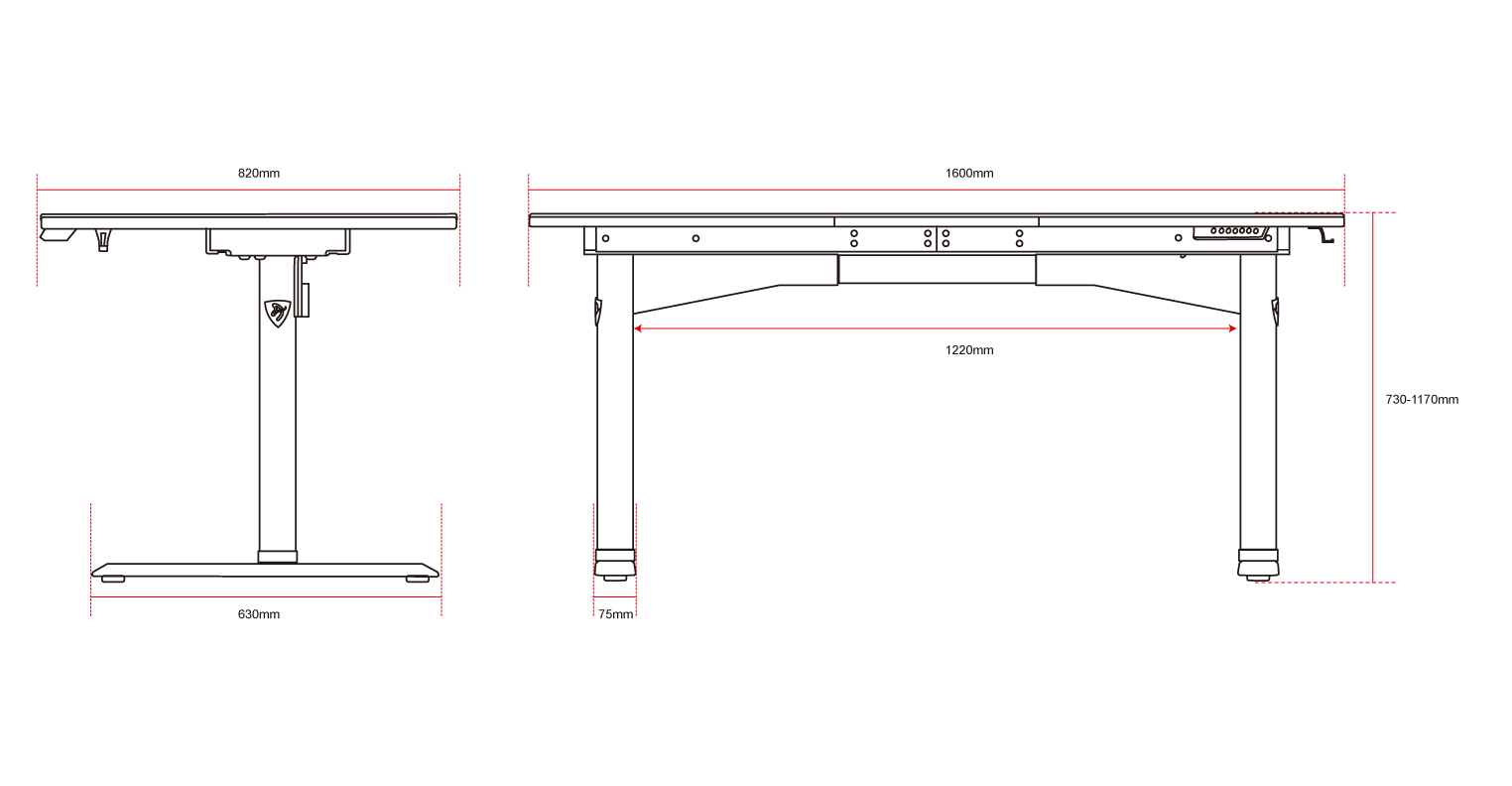 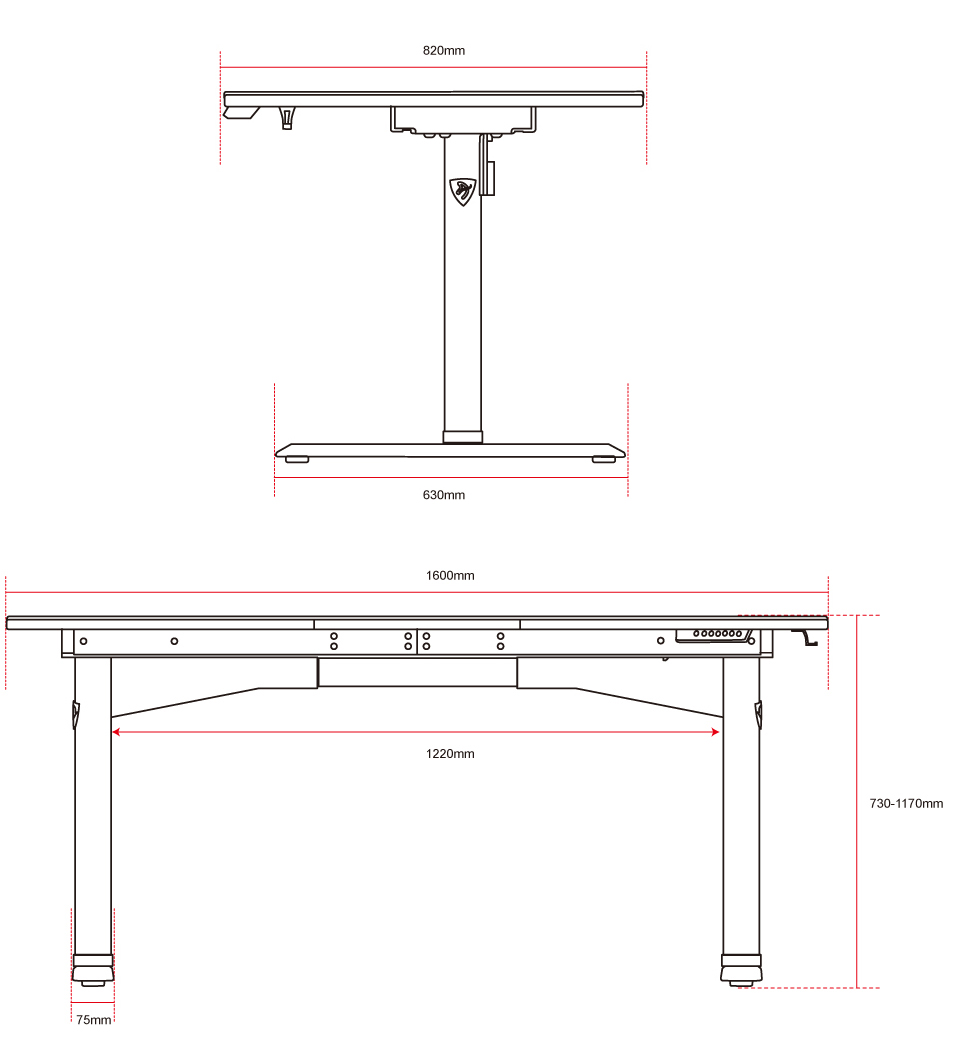 Having trouble putting your desk together? Check out our detailed video guide!

Or if you prefer a paper guide you can download a PDF copy below. There is also an Operation Manual available for download that shows you more detailed functionality. 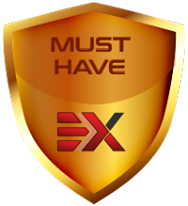 The desk is sturdy and accommodates a variety of different layouts. For me, it’s the convenience of space for swapping out hardware frequently.

Thank you for submitting a review!

Your input is very much appreciated. Share it with your friends so they can enjoy it too!

Great experience! Love the table. There is just one thing I would love to see. The net below for the cable management, it could be a bit bigger or baggy, making it easier to hold stuff like cables and sockets you put into it in place.

Great Desk for work and gaming!

The desk was very easy to build and the quality is exceptional for the price. I use it for work and gaming and have enough place for both! I recommend it!

Great desk. Work well for both play and work. The fact that you are able to customize hight is very nice. Love it! I have no issues with it, I only think the cable bag could have been better.

The best desk i have ever used, it is spacious, it is motorized, it is perfect for gaming and long programming sessions! Recommended! The only thing is as Alix C says, i have the same manufacturing defect on the motor, for me the motors holes are mirrored on the actual motor, so i ended up putting the motor upside down, and the screws barely got in. Still it works, it is good, and i am still satisfied! But please fix that problem, it is strange that it can happen to multiple people.

I bought mine from a retailer in Sweden and in general I'm satisfied bar some points of irritation. Primary useage is work and occasional play, which is ideal for both (although I don't plan on standing up for a gaming session any time soon!). Starting with the good bits...it's weighty, solid and wobble free. The mouse mat is quite nice, if not an exactly perfect fit (more like 98%), and the motor controls with memory are a nice touch (there is a bit of judder if you really go to the top but unlikely to be something you'd actually do in practice). The cut outs are all of a good enough size and sensible location too. It's quite good looking too, with the curved front making it look more sleek than its substantial size actually is (it also helps ergonomically too). As for the not so good (and most of this is superficial fortunately)...Firstly, the badges on the legs are already coming off. I've tried squeezing them on a bit better, which has worked for one but will be a matter of time before they drop off. The cable management net is ok, I've not had the ill fitting issues of some, but is a bit inferior to the equivalent from everyone's favourite Swedish flat pack giant. Talking of which, as is the putting together. It's not that the Arena Moto is difficult, it's just a bit slow going as many parts are made to 2 or 3 parts of assembly (like support bars) compared to single pieces, so will take about 2-3 times as long to make. The mousemat also has a nick/pull in it, which isn't anywhere in the way usage wise (although I'll likely be staring at it should I put the monitors on mounts, rather than their stands.). The most annoying part is luckily not visible from above but the desk's middle section on mine is manufactured incorrectly, meaning you can't put the motor on straight. The holes are cut in the wrong way around (i.e. the offset is mirrored to what it should be), so the only way around this is screw it on at an angle. I watched the assembly video to confirm I wasn't having a moment but it confirmed the above...not really acceptable on a desk at this price point (or any to be honest). Things that could improve the desk? Maybe magnetic fixings for the mat (although I think it will resist curling or moving for a while), a built in USB hub and/or QI charger. Some may miss RGB (although not really my bag) and not many great places to add on something aftermarket. Further colour variants like the the normal arena would be welcomed (even a choice of mouse mats would help). Would I buy it again? At the price I paid (around 20% off), probably. At full price, possibly not. That said, I've not found a better desk with motors at a sensible price to date, or they have been smaller which I didn't want. If I didn't want/need the motor then there are better options on the market but some of those cost the same/more compared to the Moto anyway.

This product is Designed in Sweden. With the Arozzi Occhio you can have complete confidence that you attain true privacy at your request. Not only can you block the lens with a simple and handy magnetic lens cover, but also cut off electricity to the microphones through the Occhios manual circuit breaker.

ANSI/BIFMA X5.1 Office Chairs is typically used to provide safety and performance requirements for chairs that are primarily designed for use in an office environment.

BIFMA X5.5-2021 provides a common basis for evaluating the safety, durability and structural performance of desk and table products intended for use in commercial office etc.

It provides test methods and performance requirements for desk and table products. The breathable Soft Fabric™ material is designed for the body to stay cool for long term usage so you can stay focused. The durable fabric is also built to last with ISO tested qualities such as tear growth resistance, seam slippage resistance, and tensile strength The Vento PU™ is a perforated automotive PU leather with great breathability. Used in luxurious sports cars, this material is as classy as it is good looking. It comes in 4 clean colors, able to fit into any environment.